For nearly 30 years Cedar City has played host to the Utah Summer Games. For the past several years I’ve wanted to participate in the 3×3 soccer tournament, but for any number of “convenient” reasons it has never quite come together—couldn’t find enough players to field a team, going to be out of town, had other plans—things of that nature. 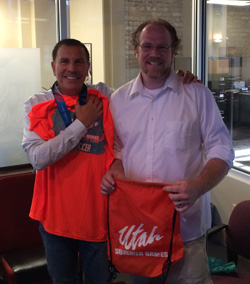 This year the planets aligned and I was able to participate with a team of fellow LearnKey employees. Now, in the interest of full disclosure I should state that I am somewhat past my prime when it comes to my soccer playing days, in fact I would dare say that I was in contention for being the oldest player in the tournament. Full disclosure part II—we would be playing in a division made up of players 17 years-old and older. Due to the number of teams in the tournament the Open and Intermediate divisions were combined which meant that we would be playing some pretty decent teams and not the weekend warriors that we were anticipating.

We were able to practice as a team only three times prior to competition and during one of those practices I had cramped up so bad in my right leg as to hardly be able to kick the ball much less run after it—it was shaping up to be a stellar tournament.

The Friday of our first game (we were guaranteed three) we were pretty excited and a little nervous. We played somewhat haphazardly during the first half of the game—running about without coordinating our efforts and generally just playing poorly. We got our act together by the second half and played a much better game—though still coming out on the losing end. It should be noted, however, that the opposing team did go on to win the tournament undefeated. 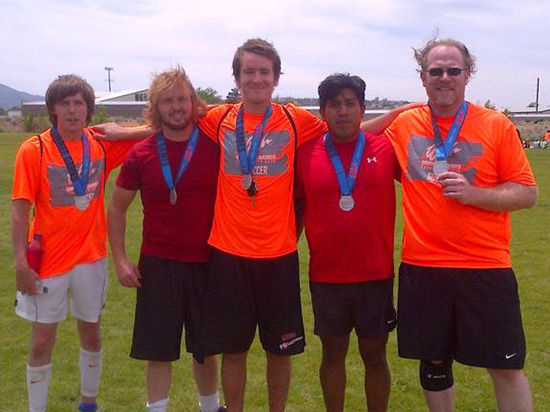 So what does this have to do with certification? A couple of things. First off, there will always be a reason to not do a certification. Second, proper preparation is essential. Finally, certification yields numerous rewards.

Honestly, we got lucky. We did play well, but we weren’t well prepared. However, we’re already planning for next year. We know what our strengths are as well as what we need to work on. The point is, we jumped in and tried. Sometimes it is overcoming that first step—just doing it—that can be the most daunting. Certification can seem intimidating, but it doesn’t need to be. Learn from our soccer mistakes and prepare, but above all—do it!